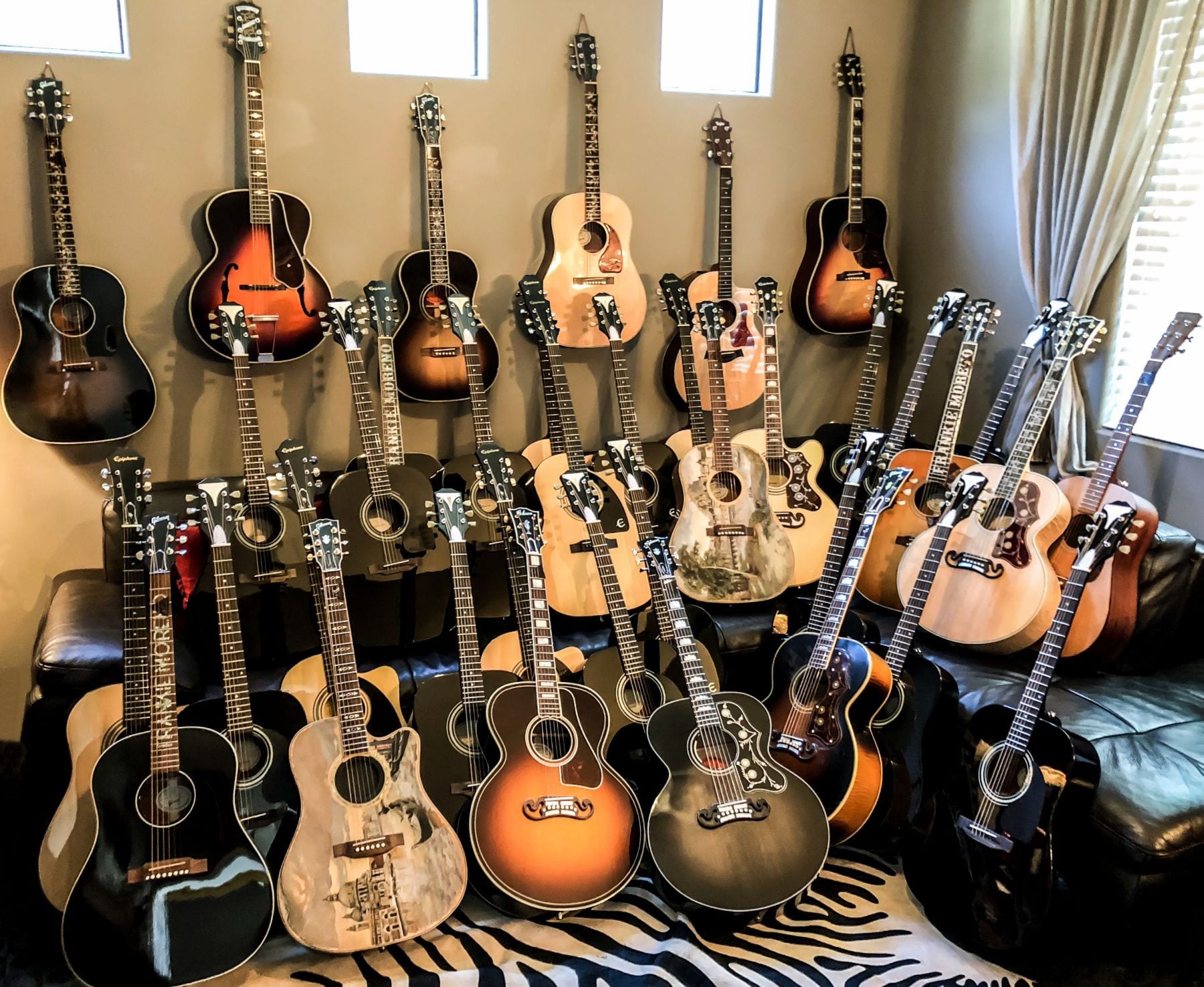 Frankie becomes a brand ambassador for Gibson Guitars. Gibson is the brand that has been played by his family for generations. The very first guitar he ever touched was a Gibson. He still has his grandfather’s L7 acoustic from the 1940’s (pictured below). When he was approached by Gibson to team up, he was all in.

Even though Frankie is known for being a piano player, he writes almost all his music on guitars. He’s acquired quite an extensive guitar collection thanks to The Gibson company. He has them all over the house so whenever an idea hits him, he has an instrument ready to go. “I’ve never been the greatest guitar player,” Moreno says, “but I know my way around one to create music. To me, guitars are tools for songwriting. Some people collect guitars for art, some for stage, some to play for fun. Mine are like diaries hanging on my wall, ready for me to write in their pages at any given moment”.

“I’ve been very fortunate to become part of the Gibson family.” Moreno says. “They’ve invited me to play so many of their events and set me up with some amazing instruments. As a songwriter, the more options of sounds and styles I have, the more ideas I can write. Much like an artist using different brushes and colors for their paintings”.

Frankie owns over 60 guitars in his collection. This doesn’t include the several dozen he’s given to schools and music programs for children. He’s also known for handing out guitars to his fans from the stage during his concerts.

Here’s a list of some of his Top-20 personal favorite guitars he owns. 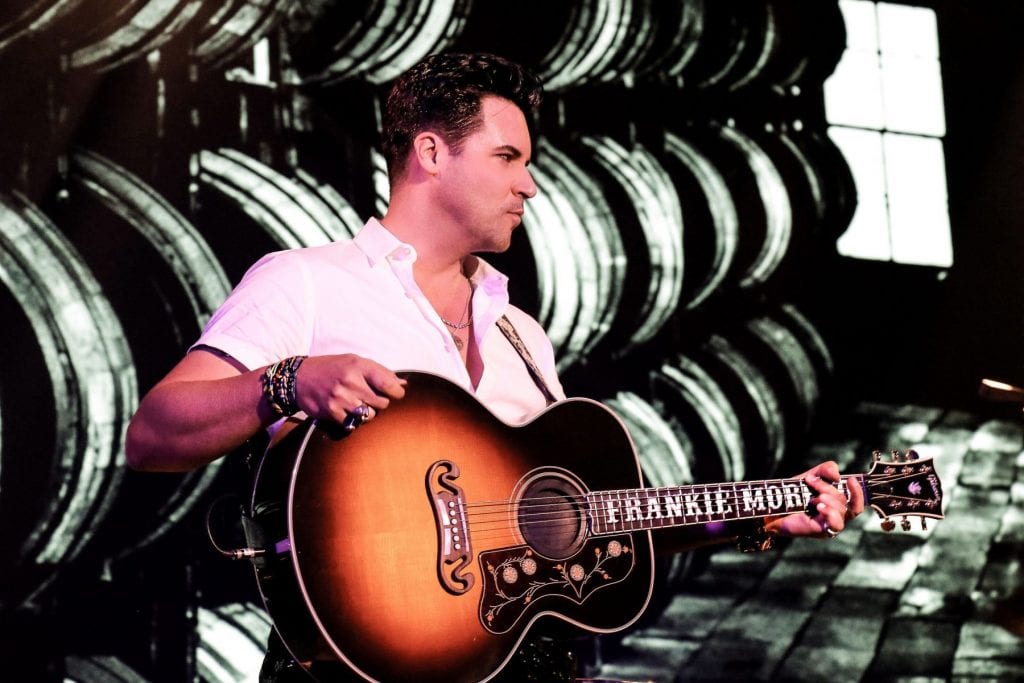 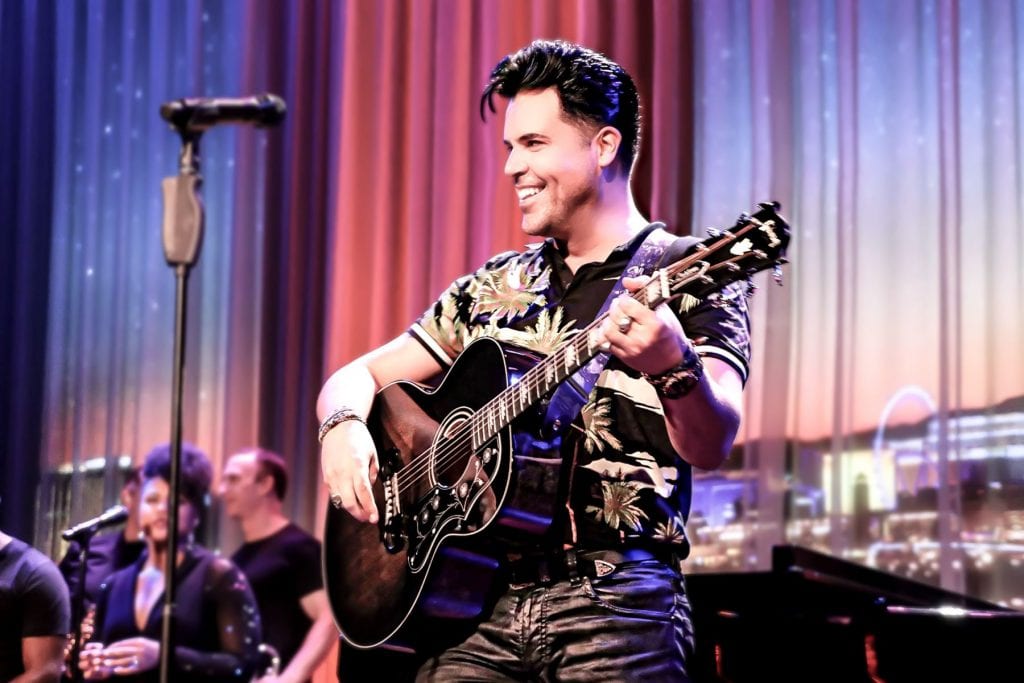 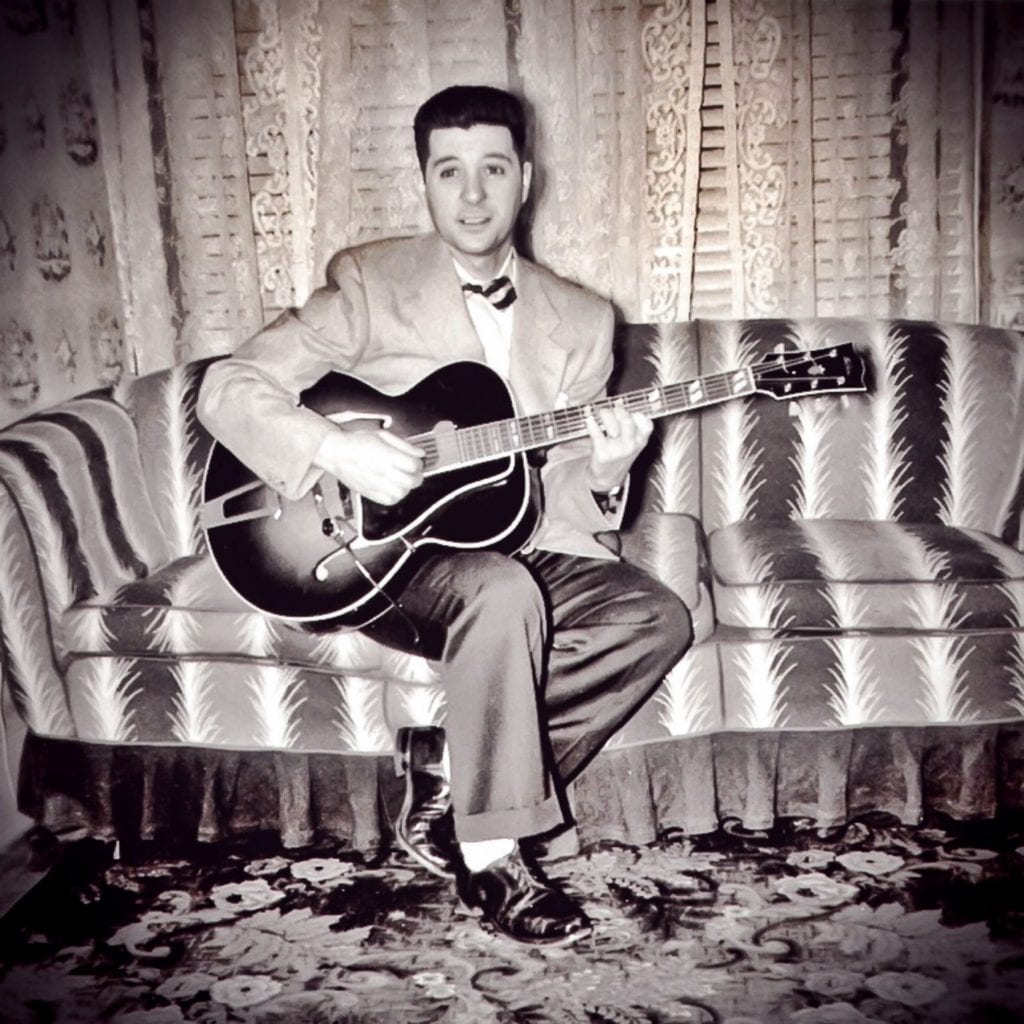 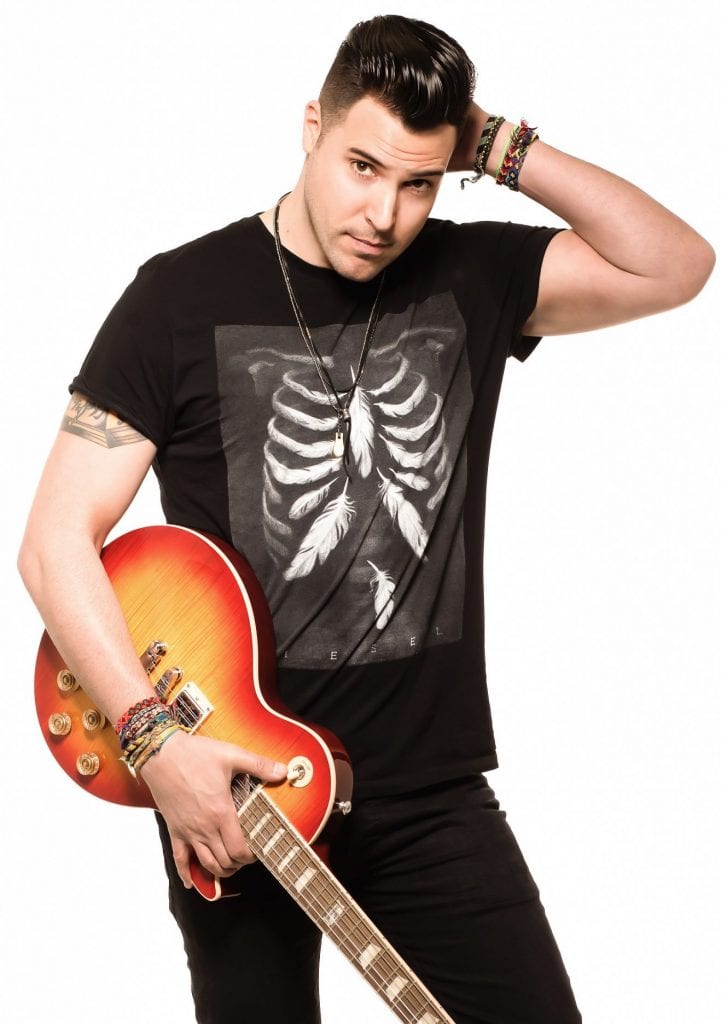 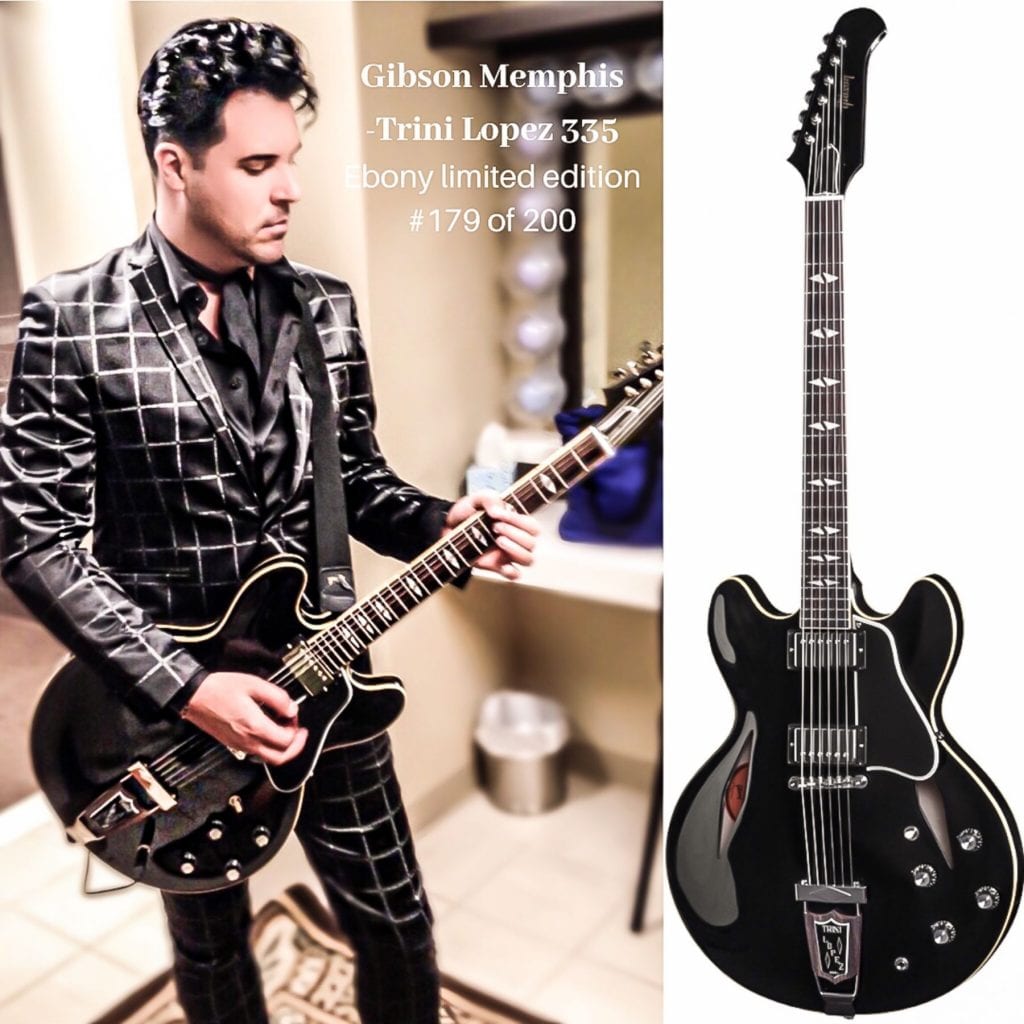 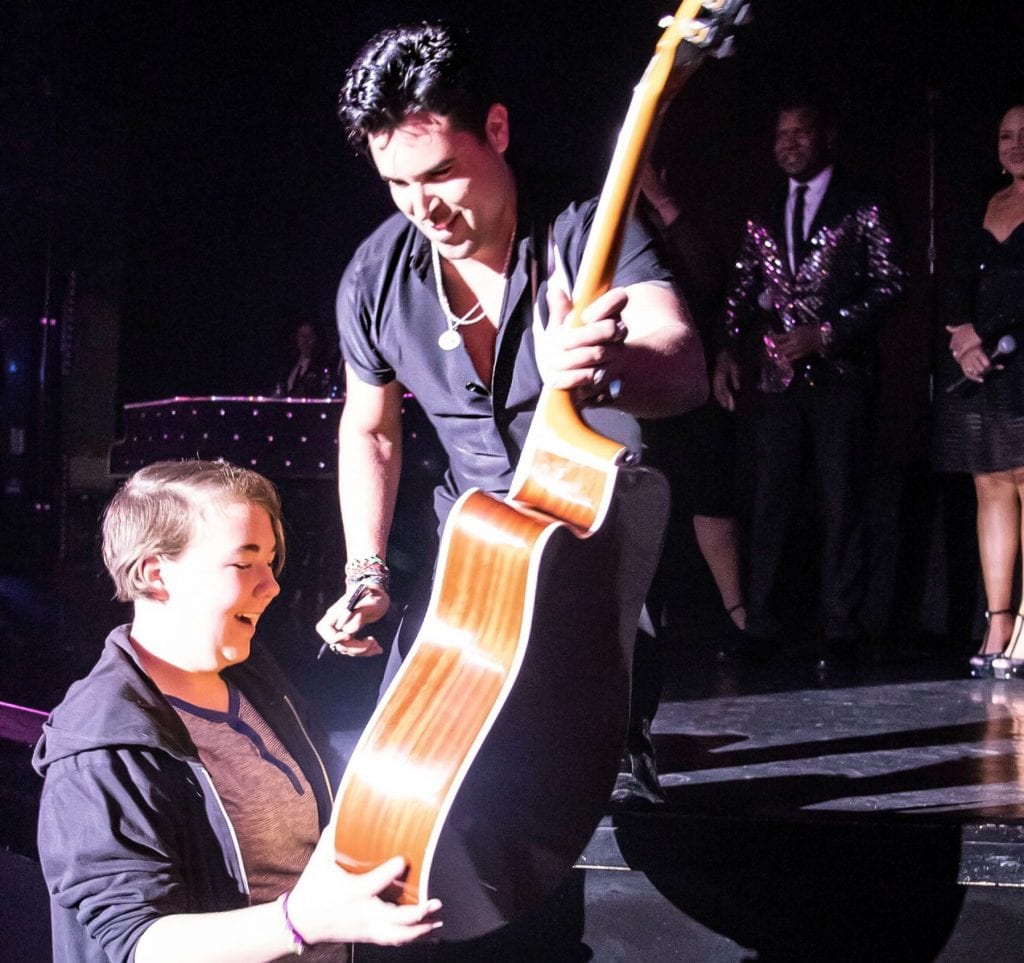 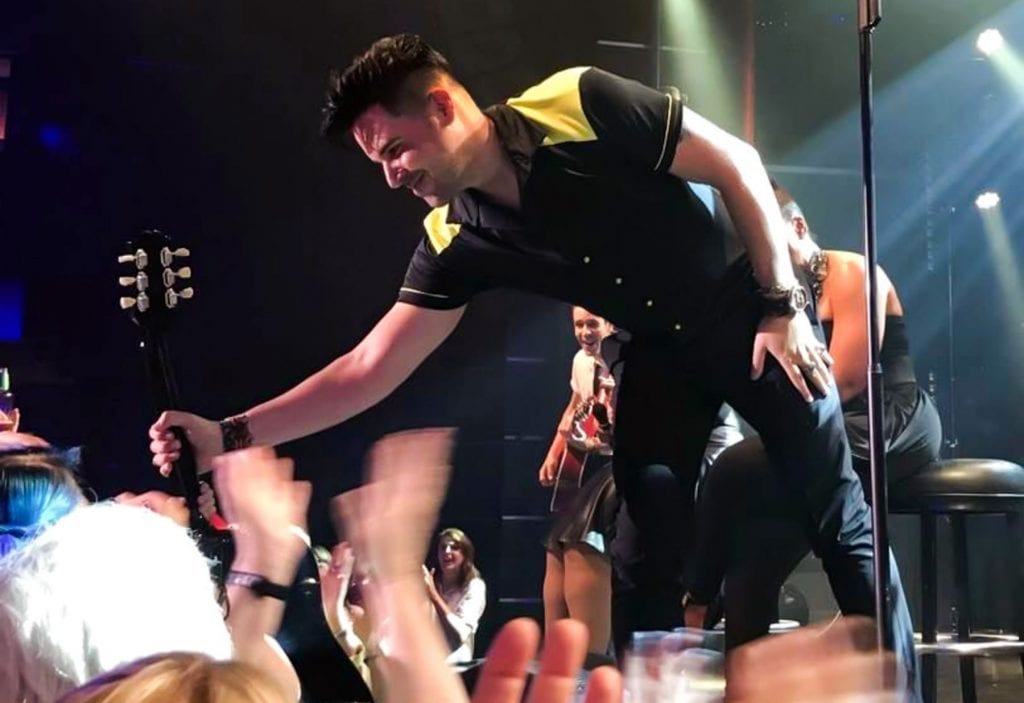 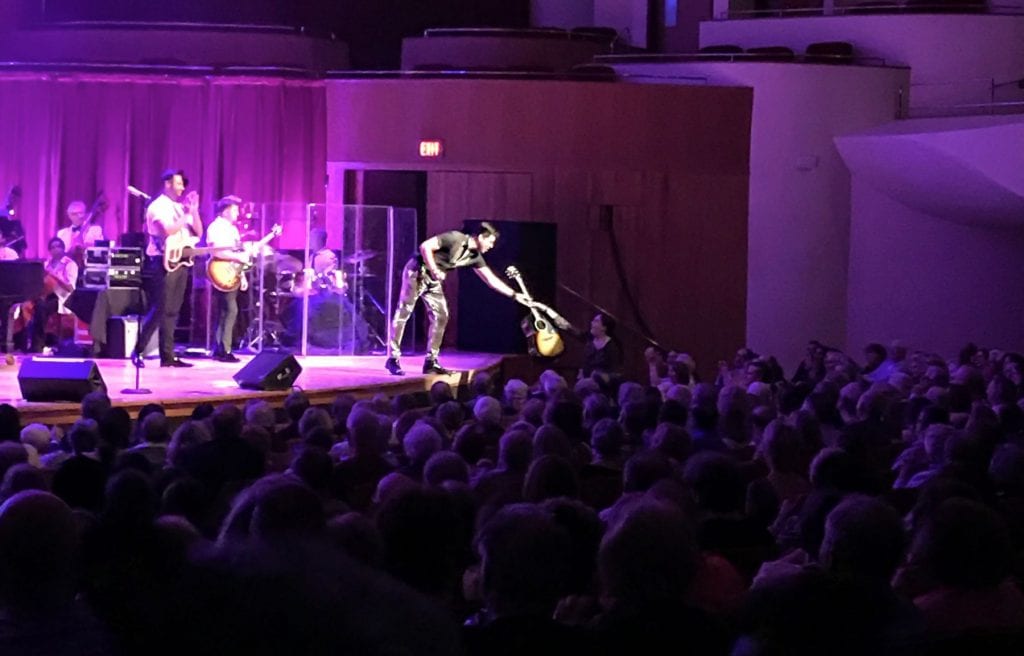