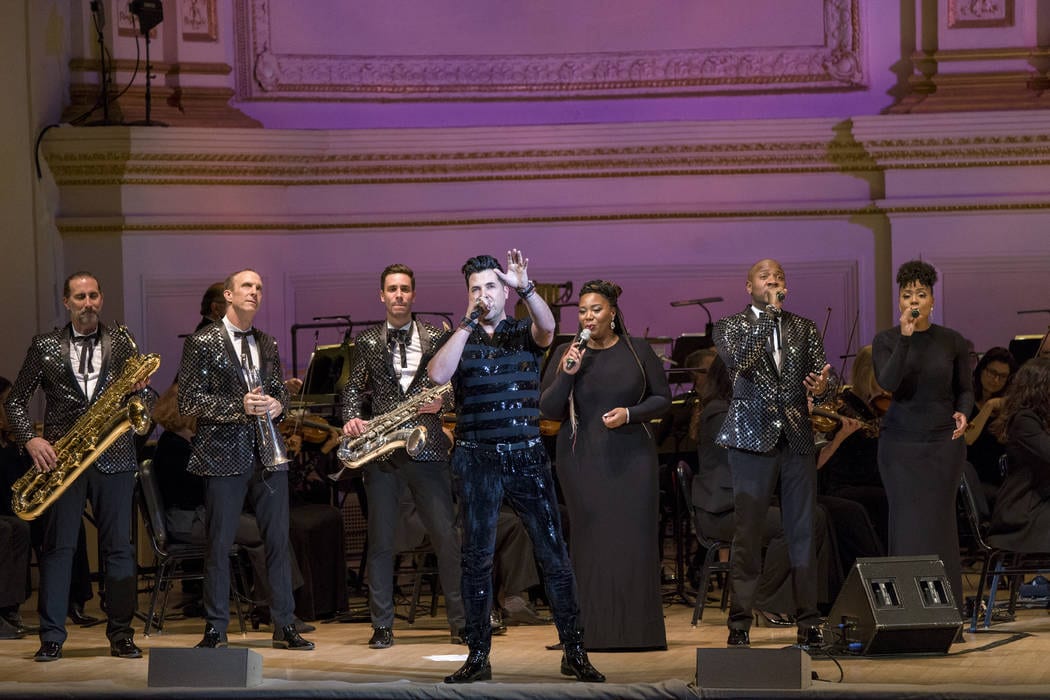 Frankie opens the season with his second performance at Carnegie Hall to a Sold-Out crowd, and has New York dancing in the aisles. Something that never happens in Carnegie Hall. Backed by his regular band along with The New York Pops under the direction of Steve Reineke, the show is aptly titled, “Roll Over, Beethoven”.

Moreno walks on stage in a black-sequin suit, and says, “I can’t believe I’m actually onstage at Carnegie Hall … in sequins.” The crowd is loaded with members of Moreno’s fan club shouting as if they were at a sporting event and even — to the anguish of Carnegie Hall ushers — holding up LED-lettered signs reading “FM Army” and “King of Vegas.”

Those who have seen Moreno perform at other venues, even at such famed locales as Hollywood Bowl, or The Kennedy Center, are struck by the lush, layered sound emanating from the stage. There is only a single microphone set high above the middle of the hall, and one bank of speakers over the performers. Carnegie Hall, no surprise, is not where you find technical gimmickry. The Hall will always serve as a celebration of true talent and pure artistry, which is exactly what Frankie delivers live from the stage.

Accepted Carnegie Hall protocol is shed, as Moreno, who by this point has switched into an even shinier red sequin suit, spins around and plays the hall’s Steinway & Sons grand piano (retail price: $250,000) backward, then sits across the keys. Reineke dances as he attempts to guide the orchestra to the finish line, and the horn section doubles over while blaring the final notes.

“I wanted to perform something that hadn’t been done before at Carnegie Hall,” Moreno says. “We wanted a lot of ‘firsts’ at this show. We can’t wait to go back. The people at Carnegie Hall ain’t done dancin’ yet”. 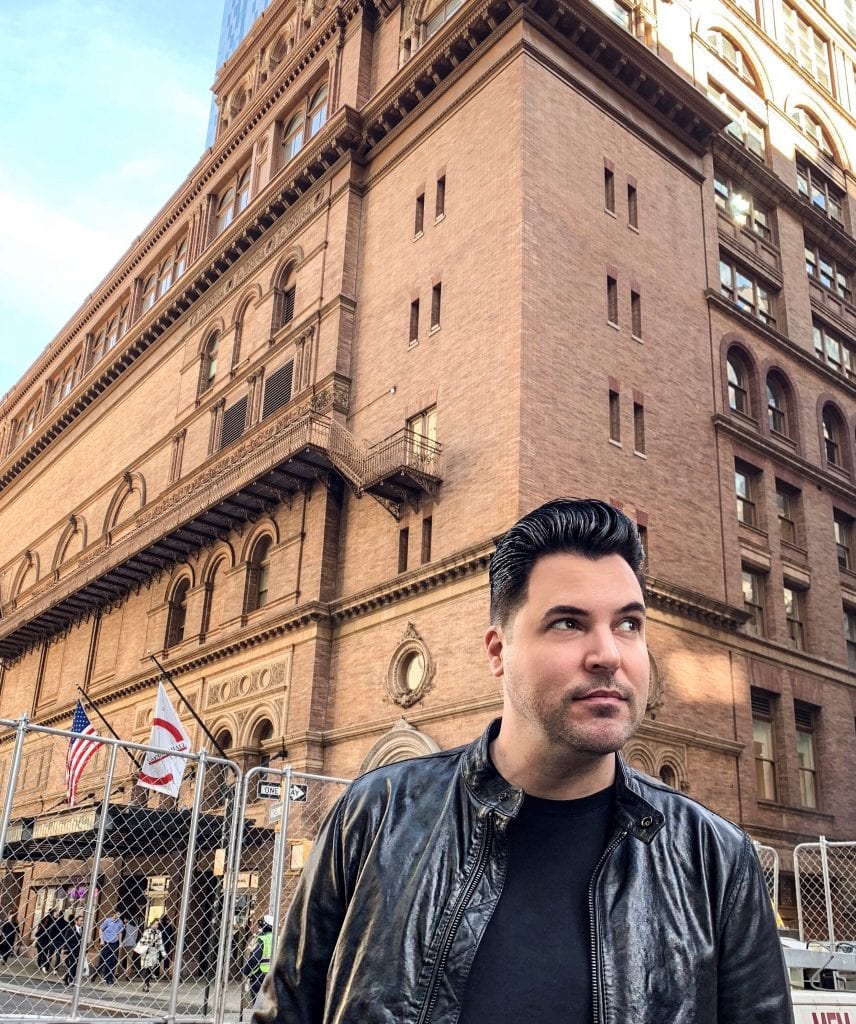